The Bach Dang River is endless

history of the thousand years of glory 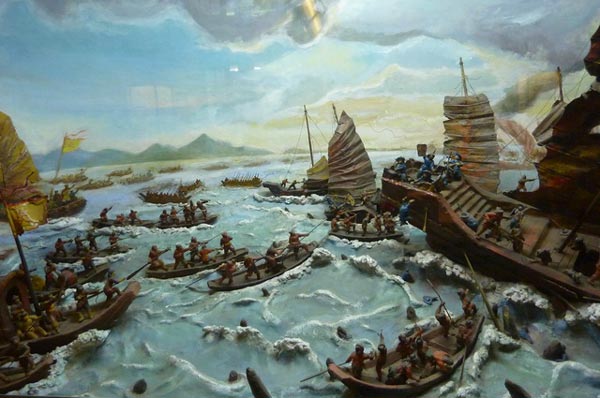 Picture of a naval battle on the Bach Dang River

The Bach Dang River, which buried the dream of invasion of the North at three times is a living witness to the glorious milestones of national history.

In 938, Ngo Quyen ordered the soldiers to plug pile covered with shaped iron into the Bach Dang River, defeated soldiers of Nam Han commanded by Hoang Thao. In 981, after reinforcing forces from the first failure, Le Dai Hanh's troops fought, lured the enemy into the battlefield, then attacked soldiers forcefully and captured The Tong General at the second naval battle. 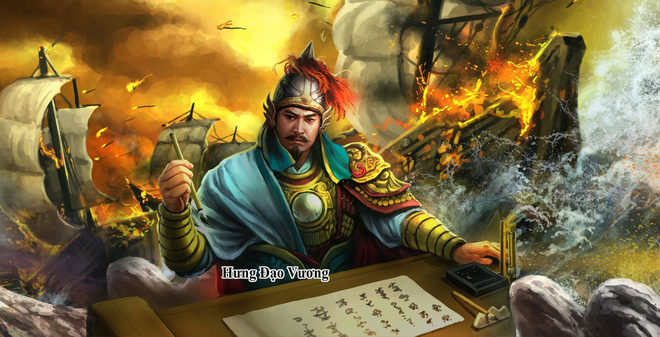 In 1288, a large embrasure battlefield on the Bach Dang River was prepared, Tran Hung Dao commanded the Dai Viet troops to fight against the Nguyen Mong invaders. The Rut river, the Chanh River, the Kenh River made up a large of stakes under the water. Dai Viet Marine once again set up a military victory at the historic Bach Dang River. With 3 battles on the Bach Dang River, Vietnam troops, though far from the enemy in terms of forces, weapons, we have the main strength from the combination of intelligence and determination to fight foreign invaders.

➤ The mysterious beauty of Trung Trang Cave in Hai Phong

The Bach Dang River, which borders between Hai Phong and Quang Ninh, is about 32 km long and today becomes an attractive destination for many tourists. When going to the villages along the Bach Dang River, visitors will hear the royal story, visit the temples of the three heroes, Ngo Quyen King, Le Dai Hanh Emperor, Tran Hung Dao King. 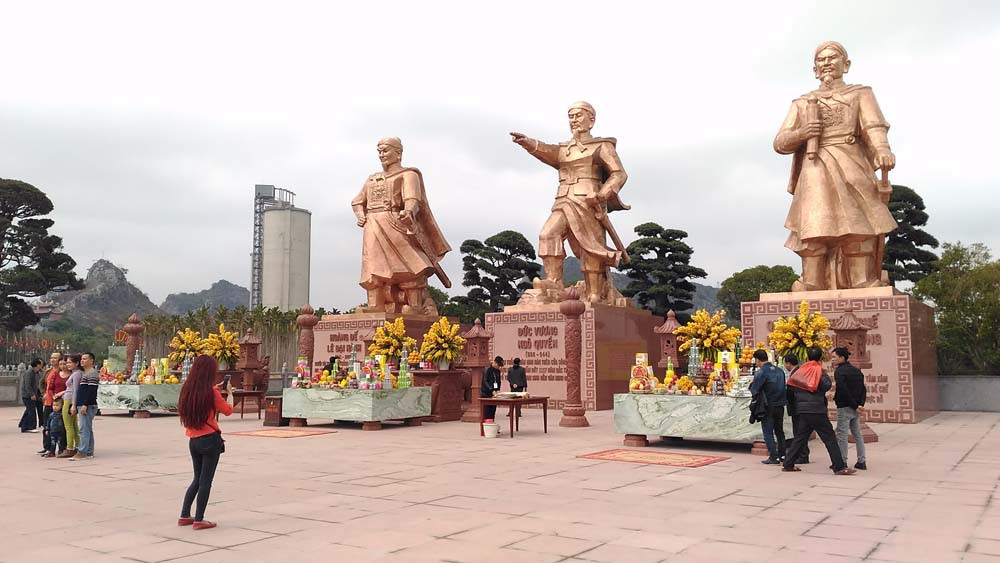 In Hai Phong, there is Bach Dang Giang Relic with large-scale and spacious architecture, be restored, become a complex of architectural, religious and spiritual works. Visiting the legendary river of history, looking at the historical battle, listening to the quiet voice in a peaceful scenery, obviously your soul will deep down in feeling.

Recalling the battles on the Bach Dang River, I recounted the story while abroad. International friends often compliments Viet Nam with many beautiful places, natural landscapes, Vietnamese with enthusiasm, hospitality. However, there is a compliment that I really appreciate and proud of. “I know your country because of your own history. Vietnam is a strong country. Vietnamese fight with China, France, America. And finally, they won." Be a Vietnamese person, I would like to say I am so proud of Viet Nam history.

An Nhien Tea Meditation - The Deepest Note In Dalat Music

Have you heard the story of Cat Ba Monkey Island

Contact us immediately via hotline 1900.63.65.37 if you need assistance in booking or inquiries

You will not have to spend a lot of time, UHM Booking will support you the best in invoicing

UHM Booking will not add any surcharges, booking cost will always be clear and transparent

REGISTER TO DO NOT REMOVE THE LATEST ADVANTAGES!